Recently a few of us talked about doing some sort of identity patches. These could go on your arm, plate carrier, helmet, wherever, but they would be some sort of uniform design that looked kind of legit too. Several members already took this initiative several months ago and made some really cool patches, so I guess you can say this was sort of born from that.

Based on input from others this is what I've got: 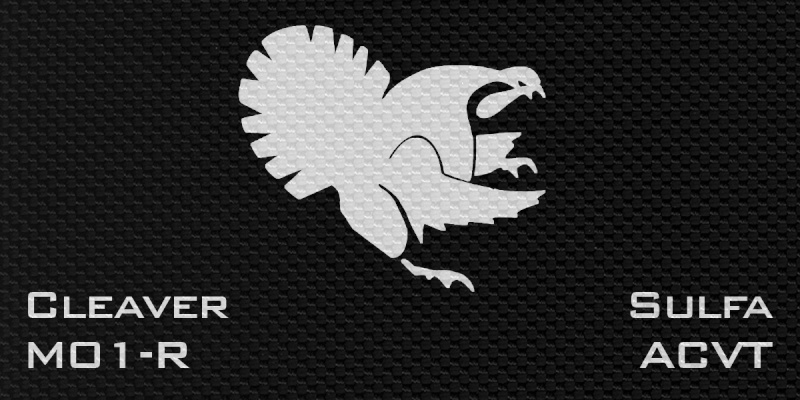 Patch would be on black ballistic nylon, and would be off-white lettering. Current patch measures 2" x 4" but this is flexible.

If you all would like to see something different, if I could change a detail to make it more legit, or if you're interested, whatever, let me know below, maybe we can get these rolling kind of soonish. If there's enough interest I'll make a separate thread later exclusively for orders.

I would, if possible, make the bird smaller and just use an outline of it instead of full color

My counter point to a full bird vs a outline bird is that the full bird is easier to produce and more resistant to abuse. Thinner vinyl members tend to peel it seems. Making it smaller is a possibility though

You know how shitty the routes I take are and the abuse I put on my gear. My TruSpec pistol pouch has more wear than my ID panel. Honestly a less bold look would be better as it would be less guady and doesn't attract the eye as much to it

I only mention durability because I've seen a few of them chewed up, however I will do a more minimal look for consideration.

they are durable, Evan broke his, but he breaks everything

just to say the opposite. Make the bird bigger. Honestly we talk about all this being sneaky and concealed and less visible and crap but I honestly cant even remember the last time I even noticed a patch at any kind of range. for it to make a difference you would need to be almost on top of them and at that point is it really gonna matter? Im a fan of the large full color bird.

Also Im a fan of Gaudi...but only Kyle will get that.

I would be down for these. Obviously.

I would rather the turkey be not so big and just a thick outline instead of fully white. Just dont want to look like SuperTurkey, the super hero that has a giant turkey symbol emblazoned on his chest.

I hear all of these things, I can mock up versions for all suggestions, we can see what looks good.

HEY GUYS REMEMBER WHEN I STARTED DOING THESE THEN FORGOT ABOUT THEM?

Anyway, here's an alternative based on your suggestions.

I like it. The faster I can get my hands on one, the better.

Bump. Would be down to get one of these.

Acknowledged. I sort of lost focus in the middle of moving apartments. I'm moved in now though, so I'll look at these again.

Did you know that Adobe Illustrator CS3 and Zune Music Player don't get along? How random is that? Ask me how I know...

Anyway, I've got a workable vector file which means, with approval, this should be just about good to go. I didn't photoshop this one, but look at above examples to see how the "carbon fiber" pattern will look.

I've resized the design to 3.5" x 2". Pull out a credit card...it's about that.
As a recap, each person gets a Name, Designation, Allergy / Blood Type, and club (ACVT). I don't know what kind of protocol there is on the designation, I just did M01-R for me because it works, but if there's something more legit let me know. 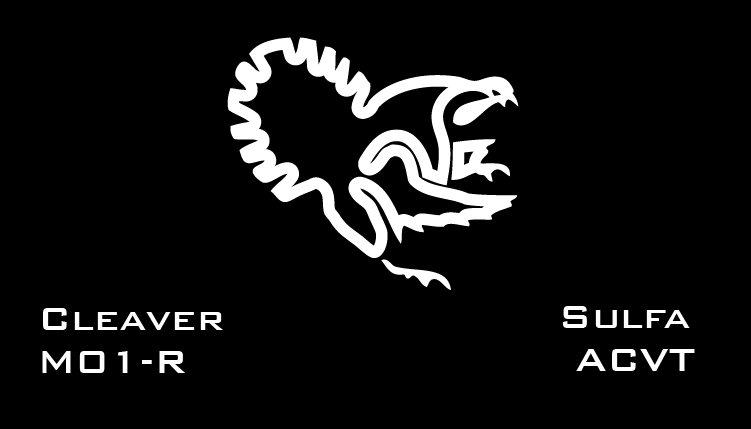 Wouldn't be a dash there if it were legit in the mo1r part but its Airsoft do what you want and have fun with it.

Maybe placing each line of text in each corner? I don't know what to do for the bottom left though. I'll edit if I think of something.