Yup, finally got around to copying this over. Sometime this week I'll consider updating it for what I know based on owning the G&P model now too. 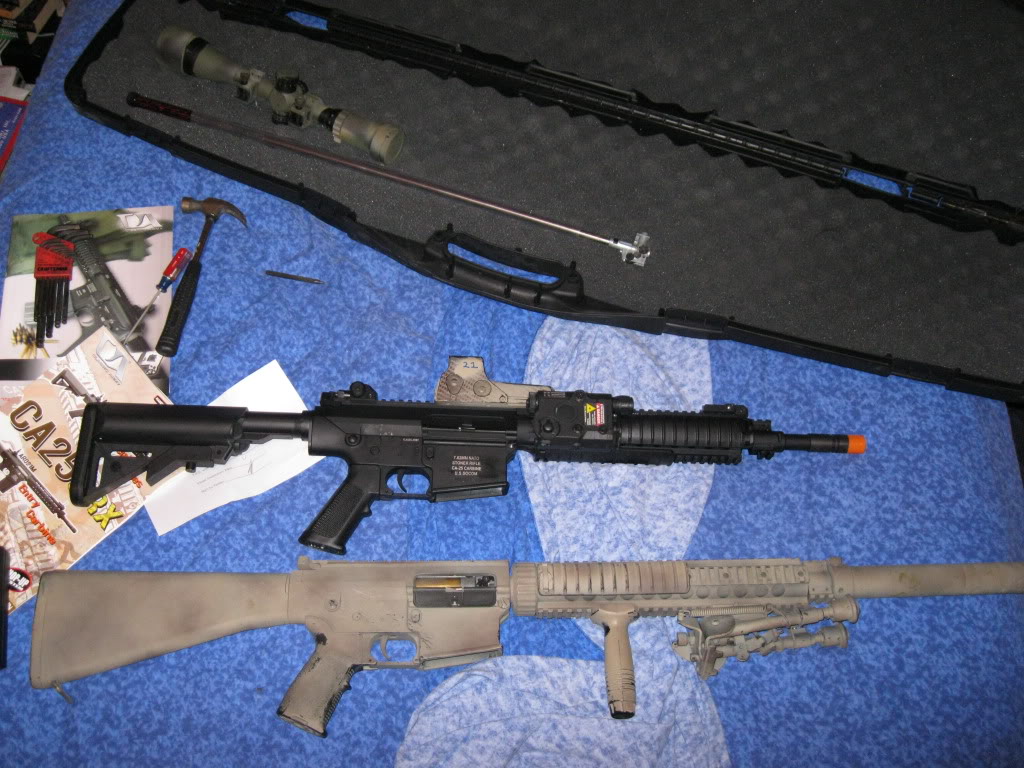 I've owned an A&K SR25 full size for a few months now, and in a fit of weakness, insanity, or awesomeness, purchased a CA SR25K brand new from ASGI last week. It arrived tonight, and I decided I should do a comparison between the two, to aid future buyers and because frankly, I'm bored.

I won't go too terribly in depth with this review, as I don't feel like cracking open any gearboxes. However, I'll try to provide the best info I can, and I do have some chrono-verified numbers for everyone as well.
As far as some background on myself, I've played airsoft for the better part of 5 years, if not longer now. I've owned all sorts of guns, and have bought and sold more than I can count. I have ZERO real life experience, but have played at numerous out of state and in-state operations, pickup games, and private games.

[size="5"]Externals[/size]
Unfortunately, the A&K I purchased, I purchased used and already painted, so I cannot provide an unblemished photo of A&K externals. However, I can provide impressions of the two and at least give you a solid overview.

Apparently, Classic Army did not secure the rights from Knights Armament for the SR25 trademarks, and so they invented some of their own. 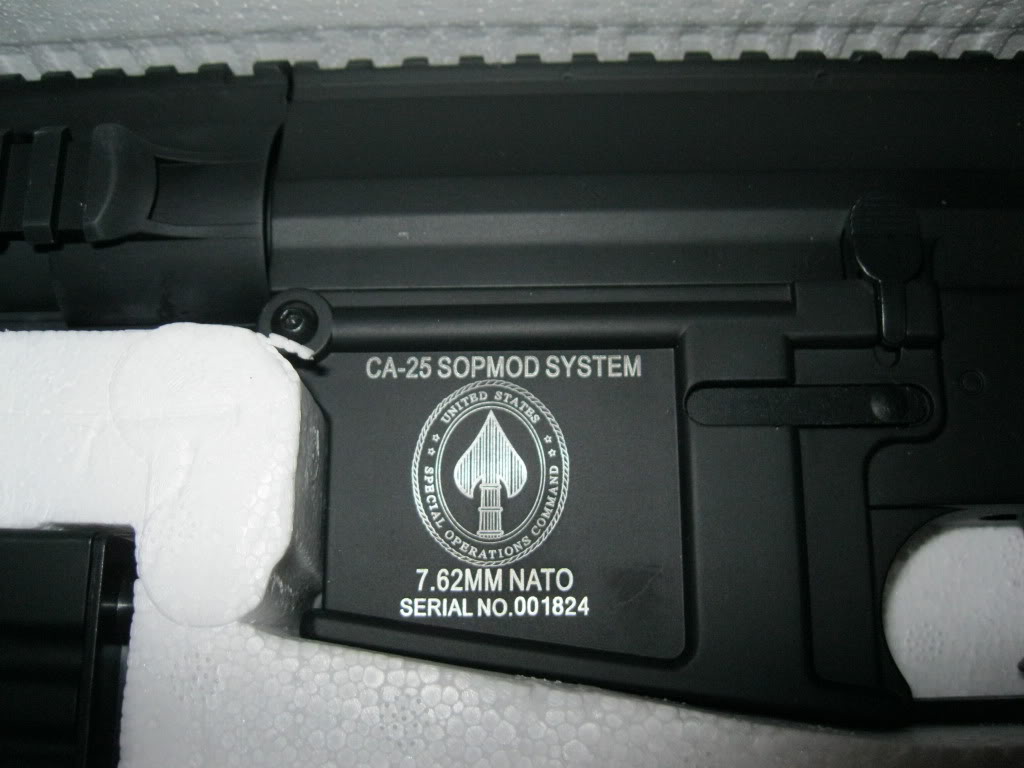 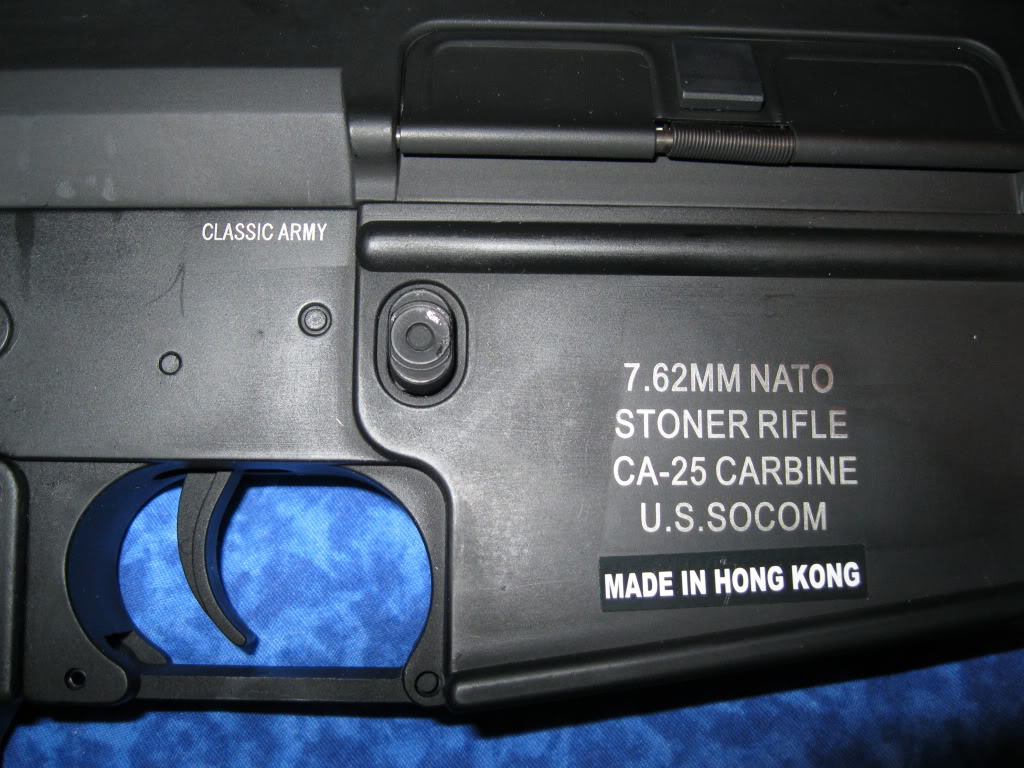 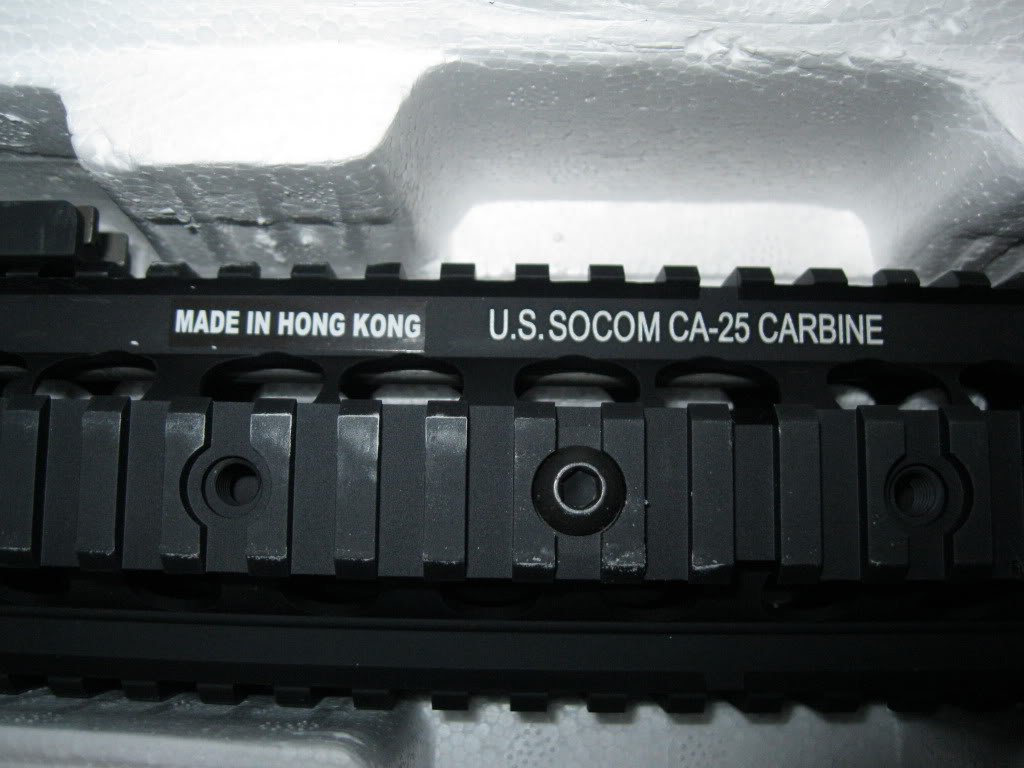 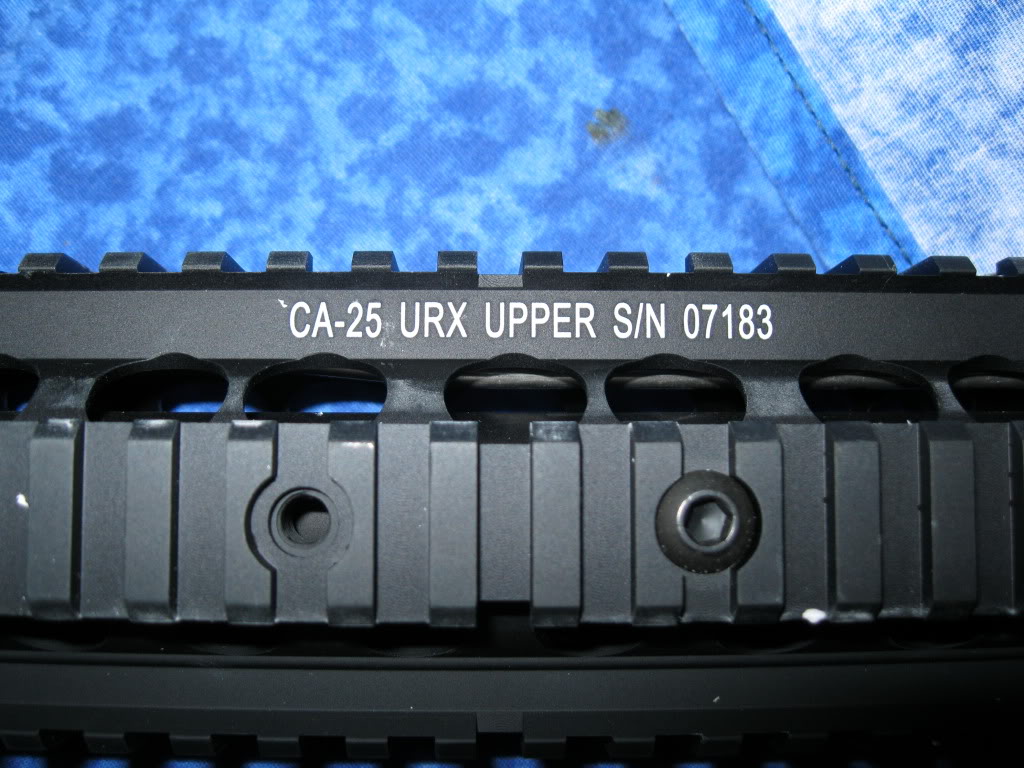 Originally I was rather impressed by the externals on the A&K. No major complaints, everything works fine. However, the Classic Army SR25K somehow just feels more SOLID. I don't know if this is due to the more compact design, the URX rail system being better secured than the collar setup on the standard SR25 rails, or what, but the SR25K just feels amazing. If I had to chose one word for the CA SR25K, it would be "balanced": the gun feels almost M4-like in weight, and is quite easy to move around when shouldered. But I may be too used to carrying the full size version. Also, the CA hicap magazine fits in the A&K just fine; I assume all magazines are cross-compatible between the two.

I did notice a few interesting differences in the externals of the CA and the A&K: the gas block on the A&K has a "nub" or a "post" that the suppressor is supposed to mate with to prevent rotation. The CA gas block does NOT have this post, although it does still have the groves on the left and right side of the gas block for the suppressor to mount. However, I cannot test if the A&K suppressor works on the CA as it does not fit over the SR25K flash hider, and I have not managed to remove that yet. (The flash hider appears to thread off but seems to be glued, not willing to put the "oomph" into it to crack it yet) Also, the charging handle on the A&K releases the ejection port cover, but there is no fake bolt. I'm not sure if it came that way, or if the previous owner removed it. The CA is a magnetic ejection port cover, and the only thing the charging handle does is slide the fake bolt backwards.
Note the post on the A&K in the bottom: 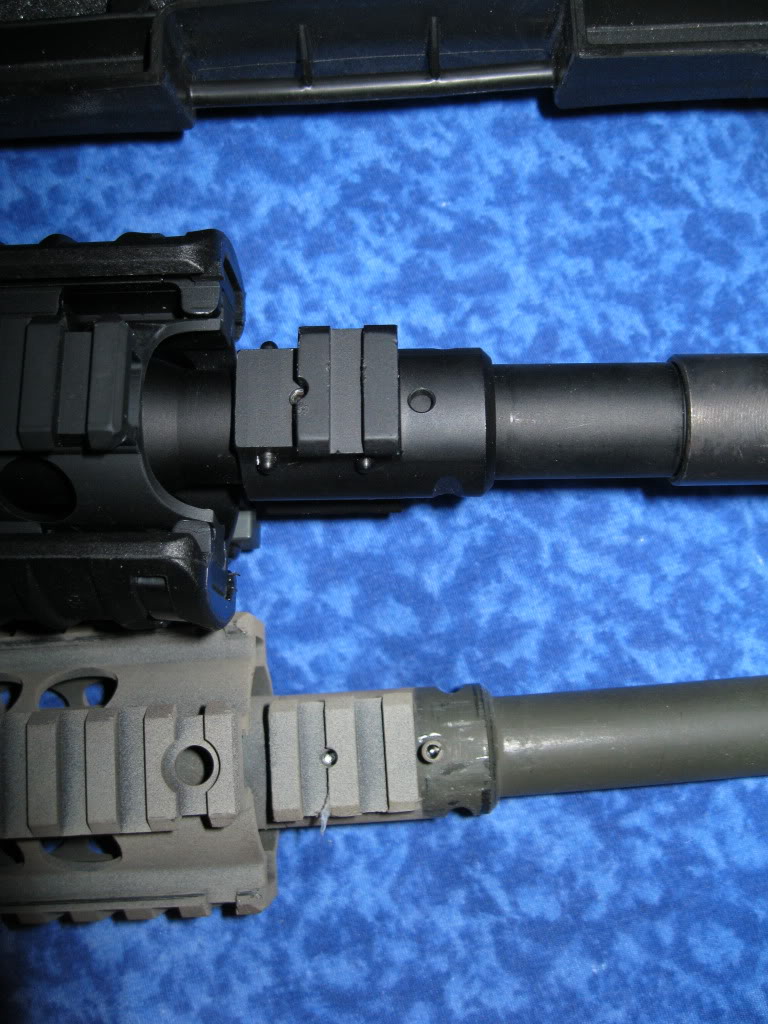 [size="5"]Internals (Overview)[/size]
As I said in the introduction, I won't go too terribly in depth on internals. However, I'll give you a basic overview of the setup. If you've ever disassembled any other Armalite-style gun, dis-assembly is exactly the same. Remove the front body pin, pull back the charging handle, slide off the upper receiver.

As I bought my A&K used, I cannot comment on the stock setup; however, the only changes on mine were the hopup bucking and inner barrel, so everything else should still be comparable. The cylinder appears to be a standard bronze cylinder, and the nozzle is plastic. I swapped my inner barrel to a 6.01 Masamune brand inner barrel, and the hopup bucking is G&G. This setup chrono'd 408.1 FPS on .28g BB's at Ballahack, which equates to about 490 FPS on .2g BB's. The wiring is pretty standard.

The Classic Army has a ribbed cylinder, this is possibly a bore-up, but I cannot confirm this. Standard black plastic air nozzle. The hopup is 100% compatible with standard M4 hopups, as it is on the A&K. The barrel is a standard bronze barrel. I cannot find my calipers to check the ID, so I would assume whatever stock CA is, maybe 6.08mm? The hopup is a standard CA metal hopup with a CA bucking and yellow "controls" on it. According to the spec sheet from ASGI, this setup chronos in at 340 FPS with .2g BB's, I plan on swapping springs later to increase the FPS. My only disappointment is the wiring in the buffer tube seems very very thin; however, only time will tell if this is a problem or not. 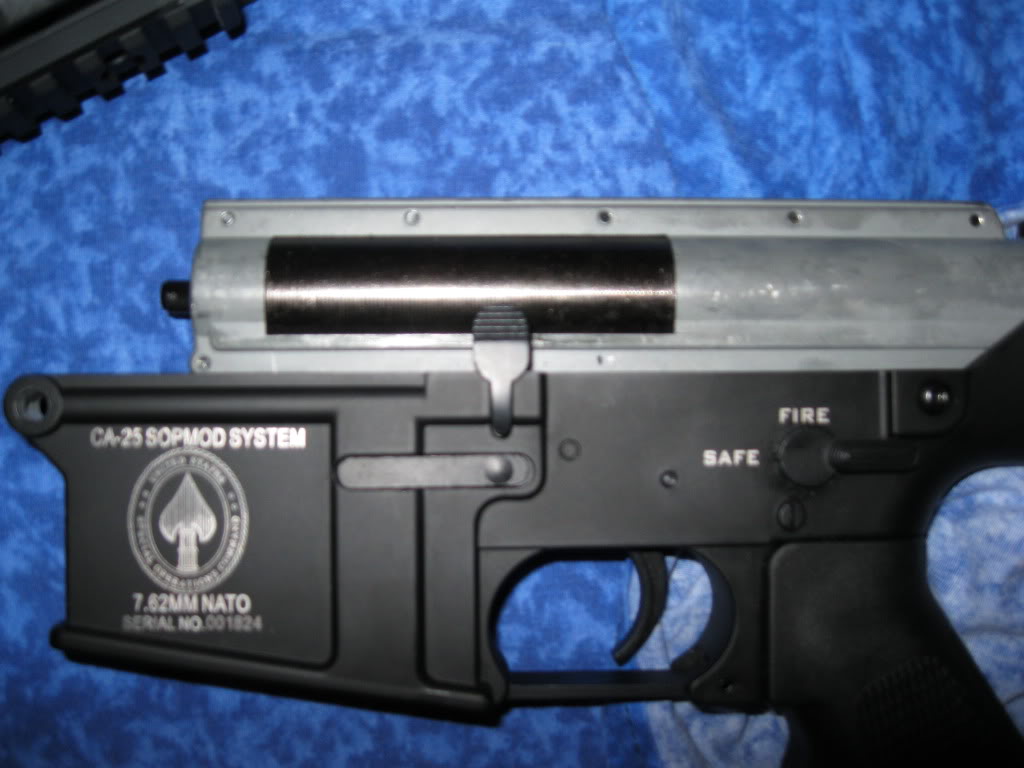 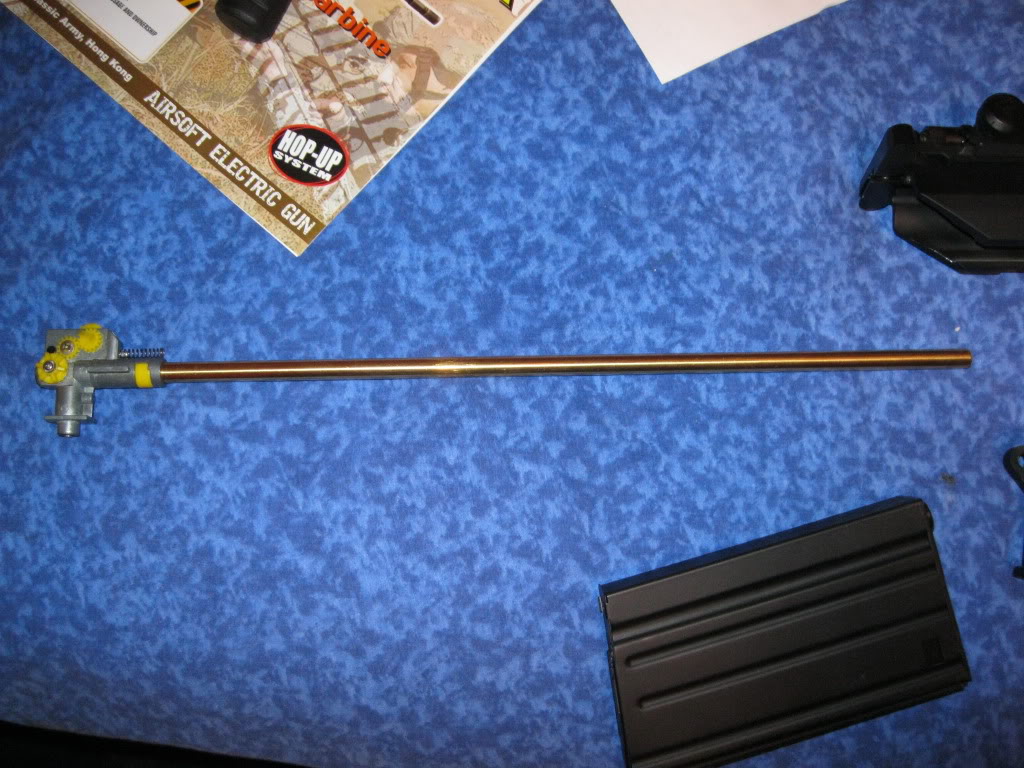 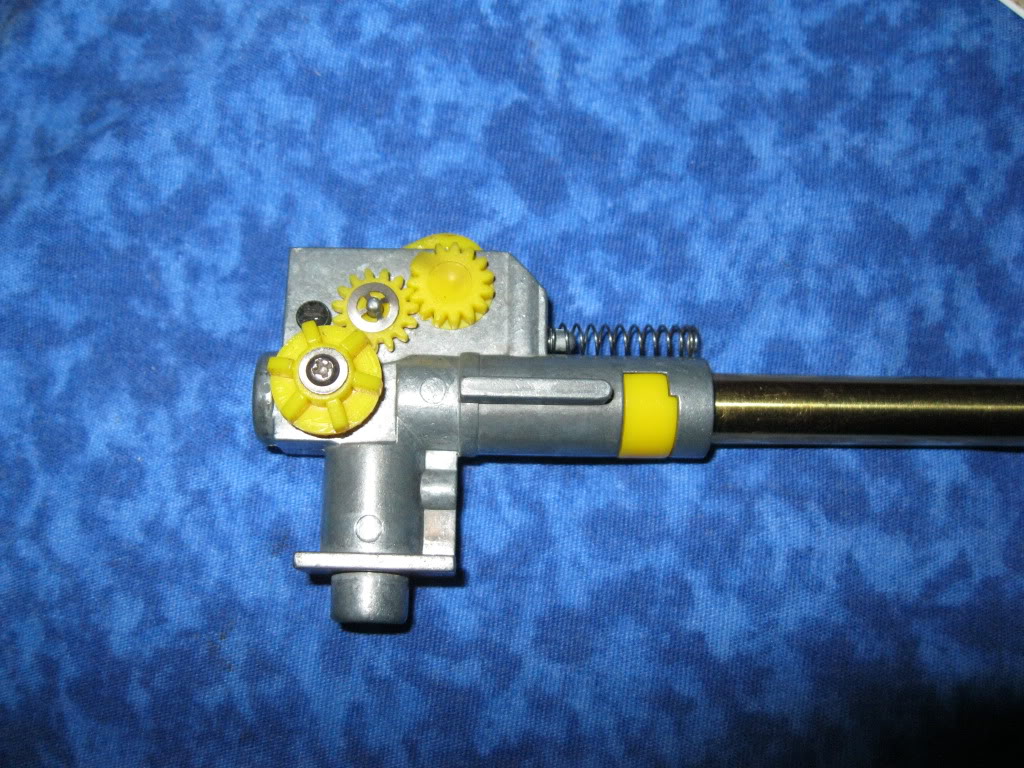 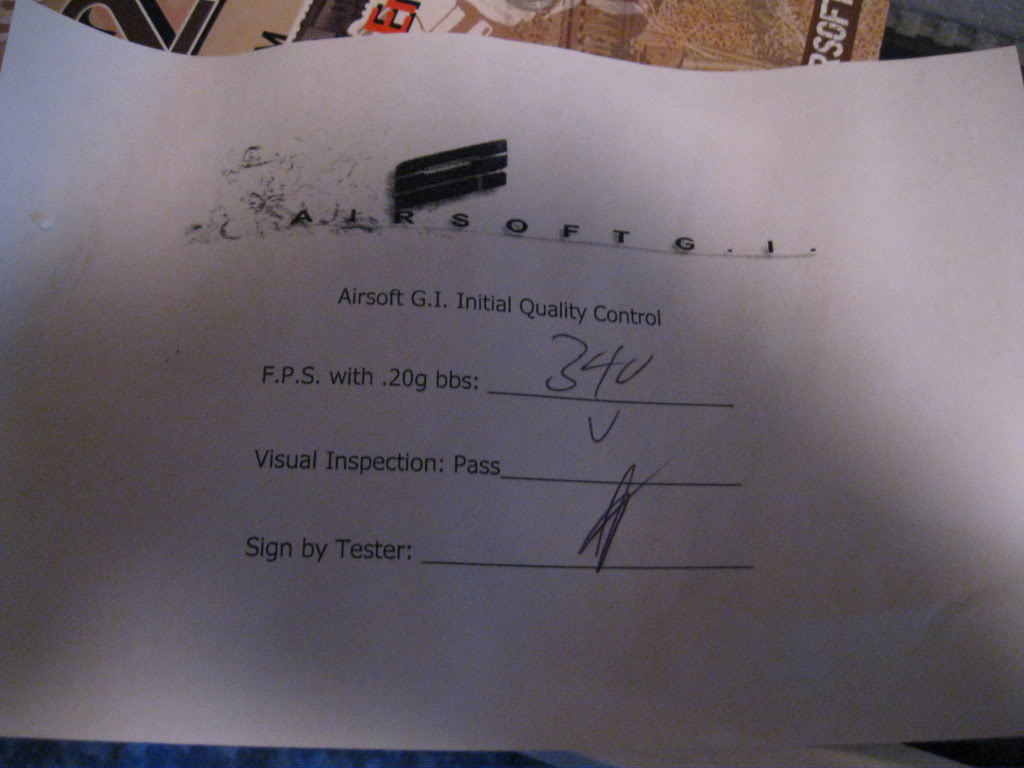 [size="5"]Intangibles[/size]
Intangibles are things I feel cannot be measured, but still have an effect on how you feel about the gun. For example, there is no wobble, creak, or anything detrimental to the gun on the CA SR25K. The A&K has some flex in the stock, and the rails can be loose if not properly tightened, but my biggest complaint is how the outer barrel is set up. Set screws hold the gas block in place which also threads into the outer barrel; this can lead to some wobble or noise if intentionally flexed.

I don't know what a brand new A&K SR25 comes with, but the CA comes with a rear flip-up site, as well as a front flip-up site built onto the URX rail. The CA also comes with 3 RIS covers and the standard new gun items like a cleaning rod, hi-cap magazine, and promotional material. I got a good laugh that the included CA catalog was from 2009. The included manual is typical of most airsoft gun manuals: how to operate basic functions on the gun, an exploded diagram, and the ever funny "DO NOT" diagrams. Overall, I'd say there was nothing special with the CA SR25K, and I'm somewhat disappointed it doesn't come with some sort of vertical foregrip, as it seems like most guns with a railed front end come with one these days. 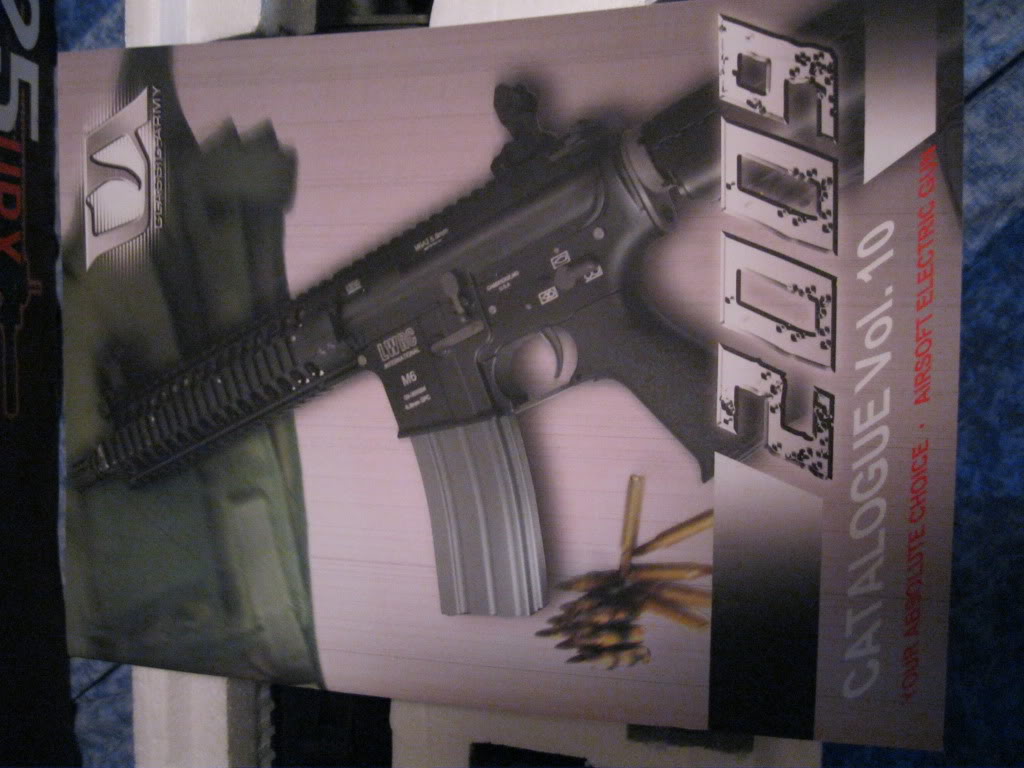 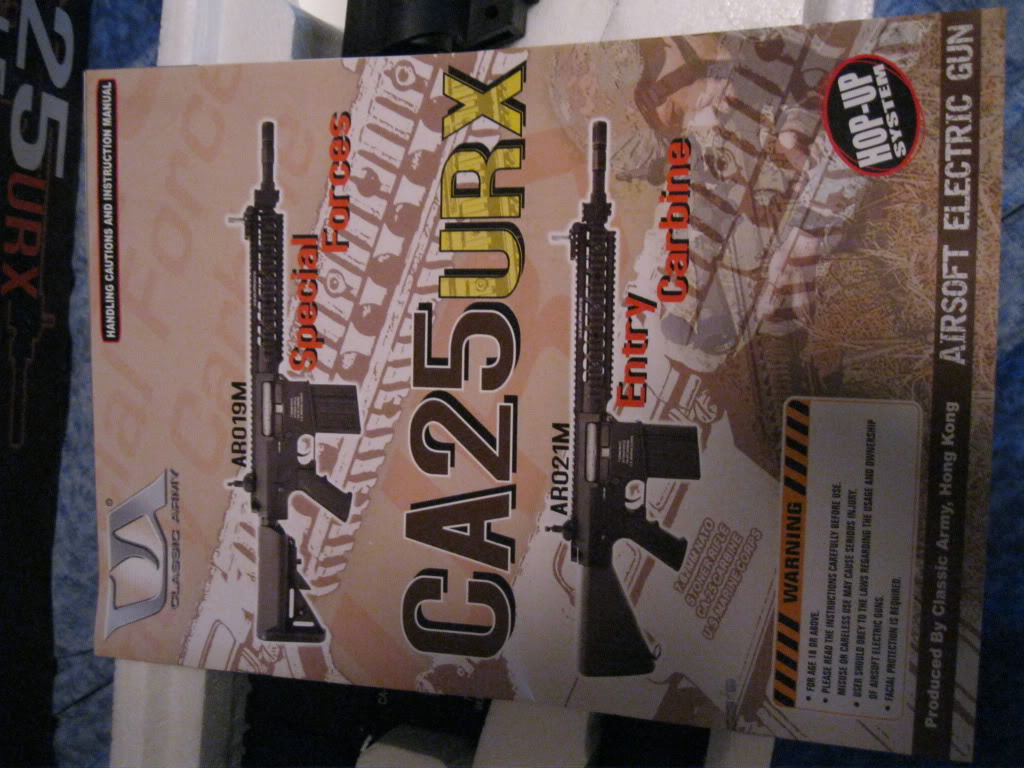 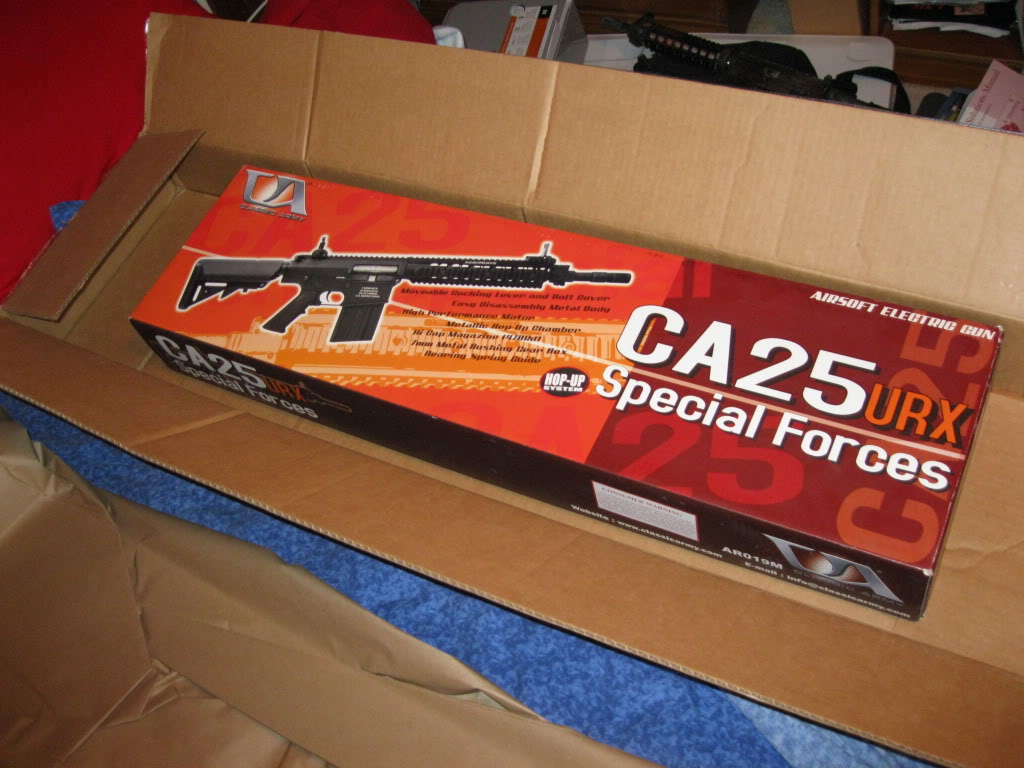 If I had to pick between the two, I'd be hard pressed. Externals-wise, the CA wins out in feel, although the blank A&K body is nicer in my mind then the fake trades CA put on. I do feel the CA trades aren't terrible overall, and they could have been worse (G&P MARINES body, anyone?), but they definitely could have been better. However, if you want a better out of the box performer on paper, I'd go with the A&K as it comes shooting hotter. I have not yet tested the CA, but that shall be done this Saturday at Lanexa. The A&K I've managed shots at 200ft, including Darkstar borrowing it to hit an enemy sniper in the head about 200+ feet out. However, this was with a 6.01 640mm outer barrel and a G&G hopup; I cannot comment on how it performs with the stock setup.

Hopefully this review was helpful to someone, and I plan to update it after I've skirmished with the SR25K. Here's a few more pictures I took of the gun: 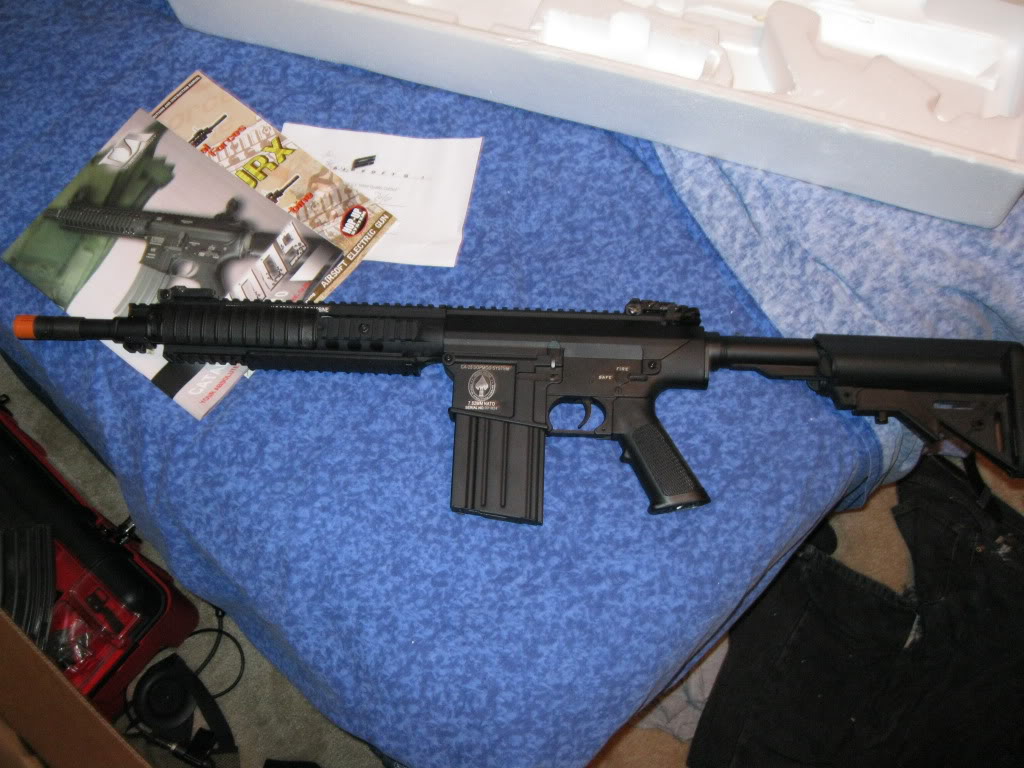 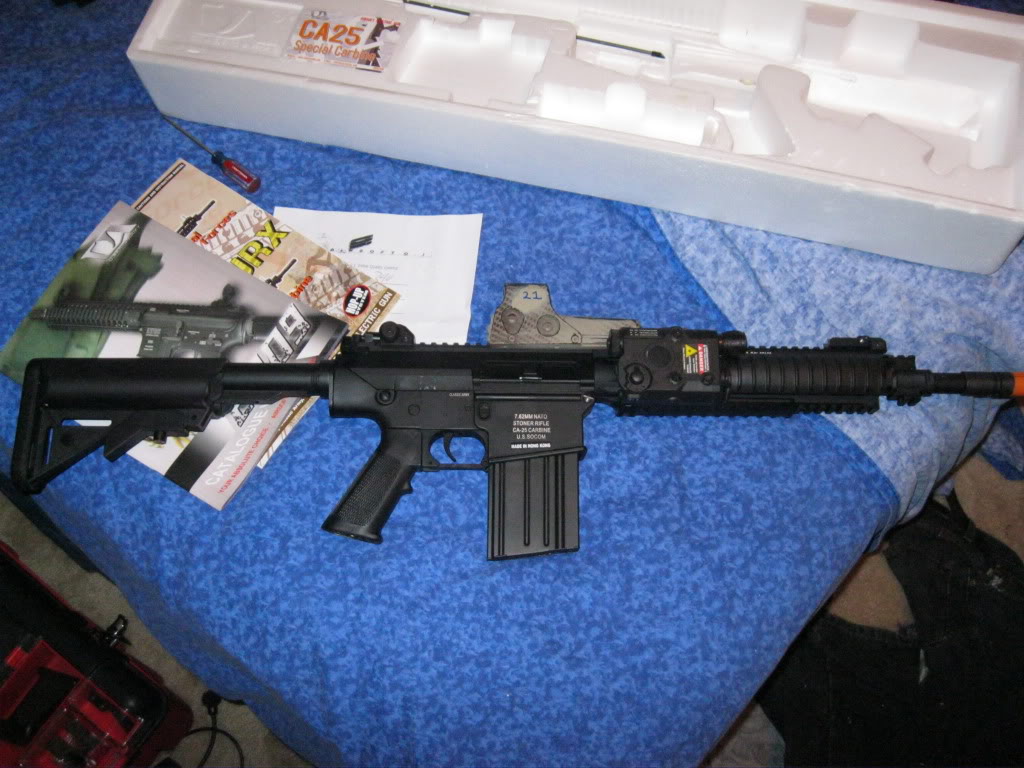 I tested some other compatibility possibilities these days and have some interesting things to report.

The Classic Army SR-25K upper receiver is a drop-on fit to the A&K lower receiver; however, the A&K body pin is a tight squeeze and may require hammering, I did not test and instead chose to use the CA body pin which I was able to force 75% of the way through with just my hands. 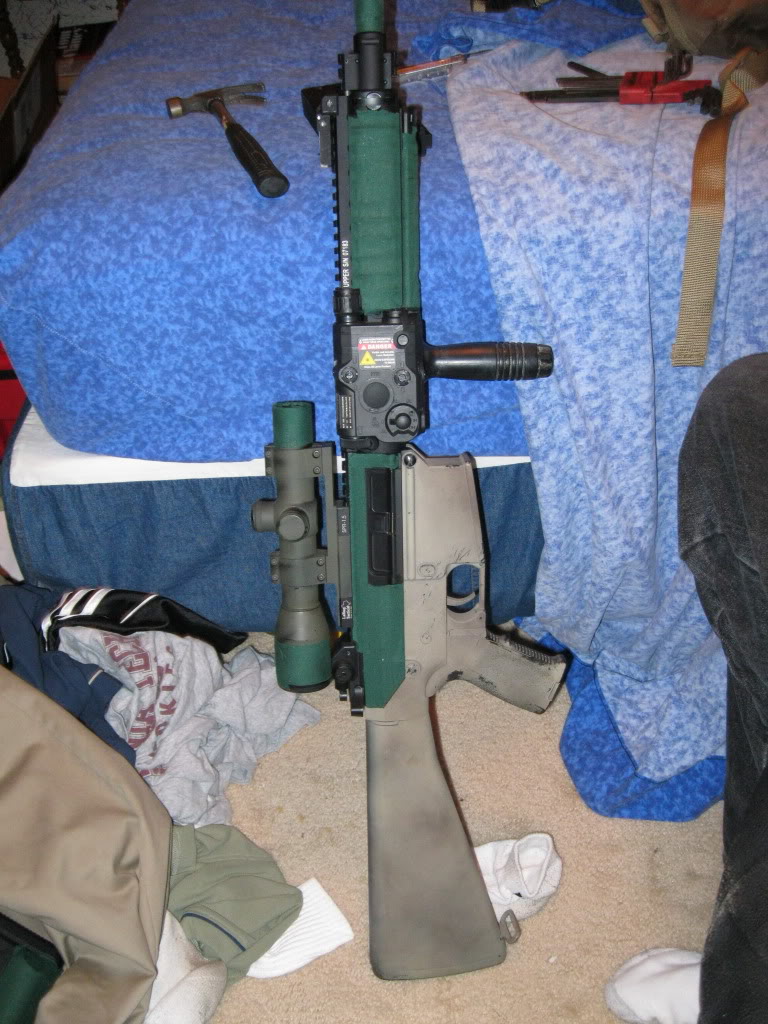 When trying to fit the A&K SR25 upper receiver to the Classic Army lower receiver, a problem occurs. The "tabs" on the back of the A&K upper do not fit into the CA lower, and you are left with a gap. 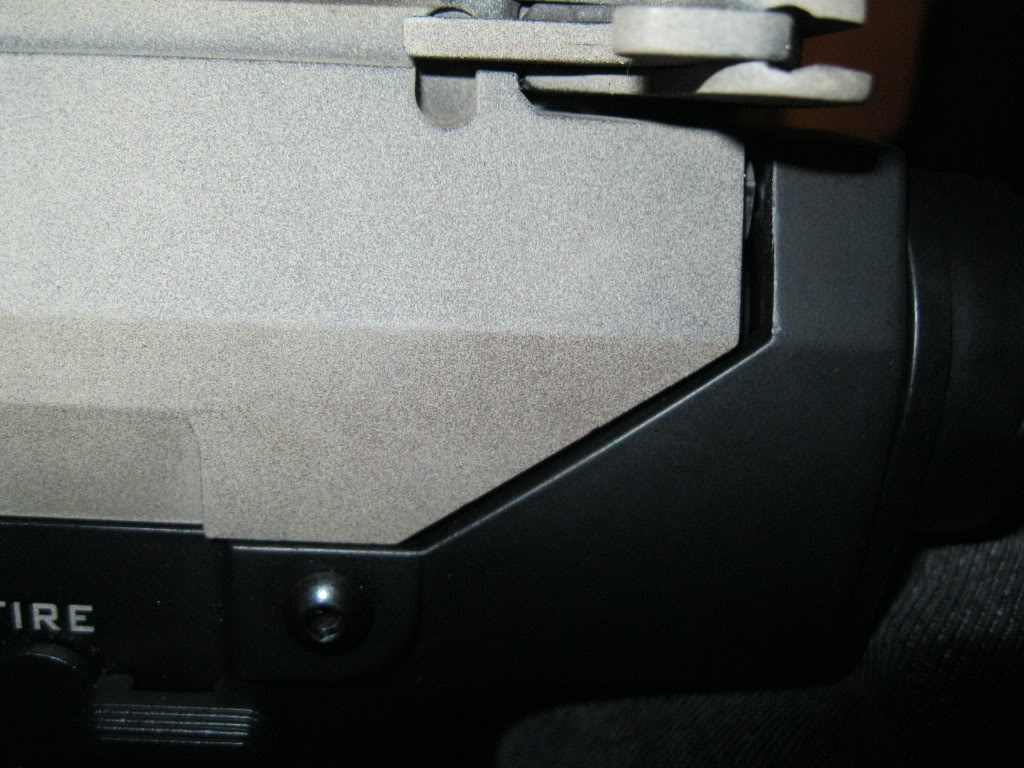 Upon comparison of the tabs, it appears if you file the A&K tabs down properly then the A&K upper would fit on both the A&K lower (as evidenced by CA fitting on it) and the CA lower.
A&K Receiver Tabs 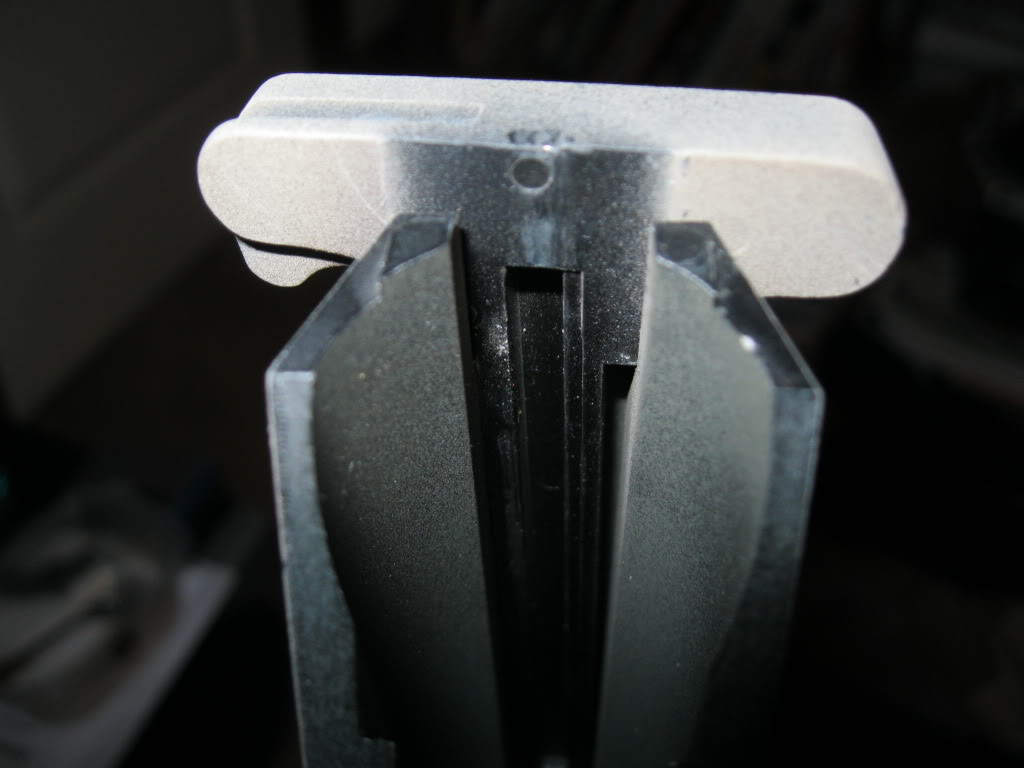 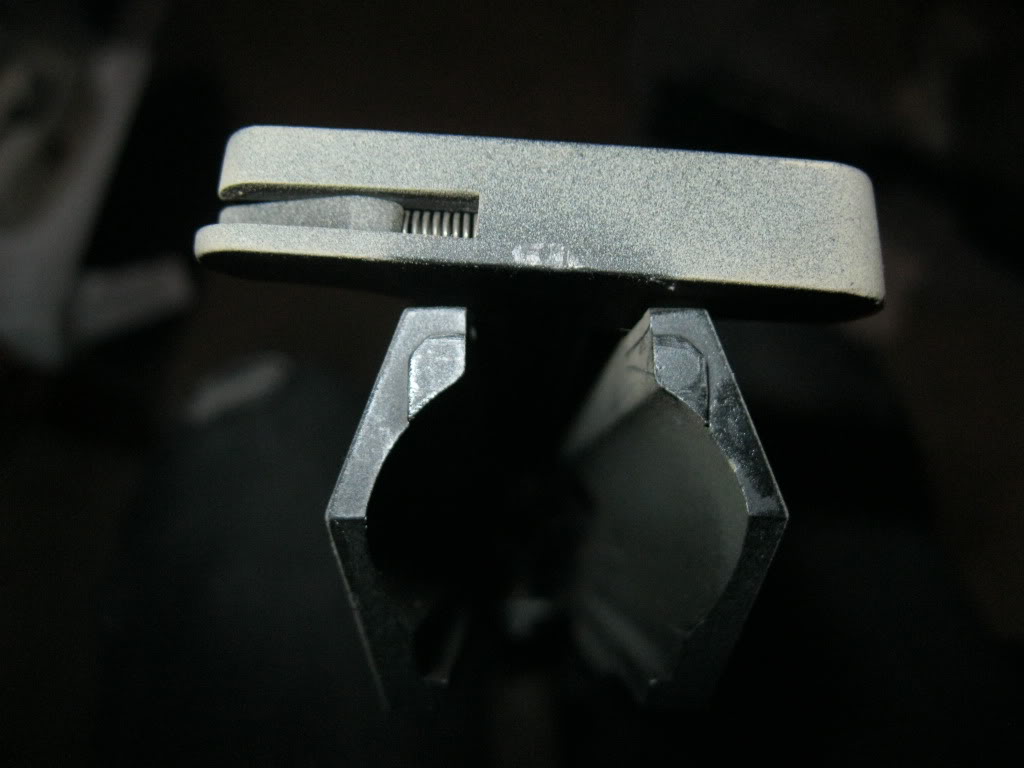 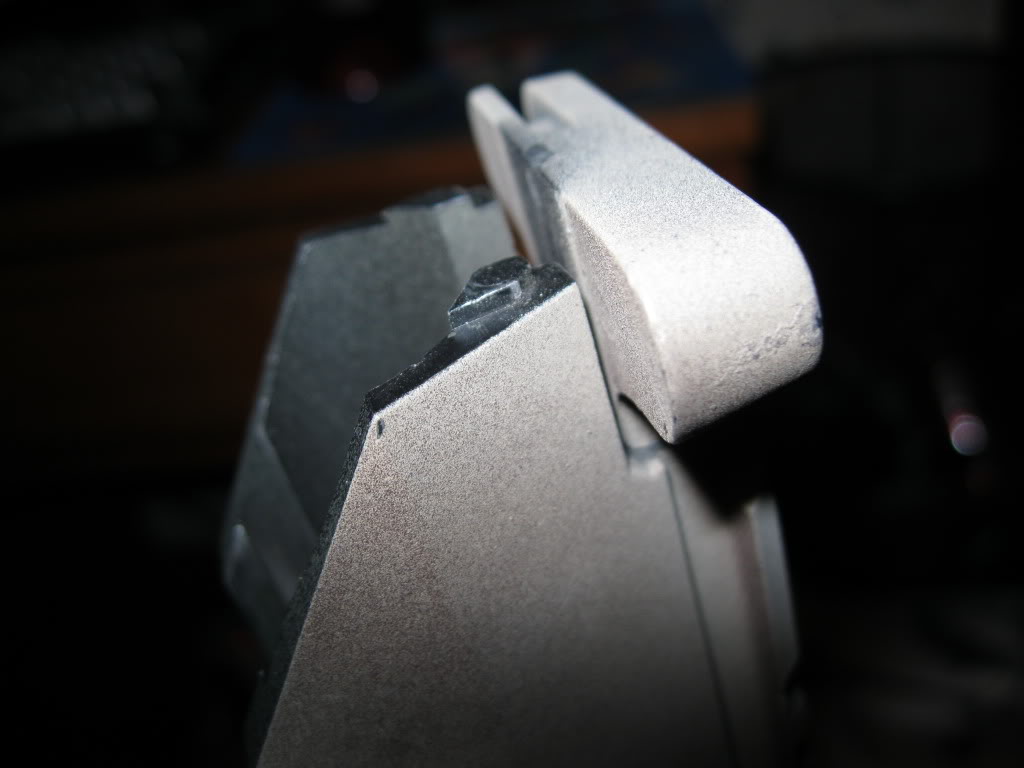 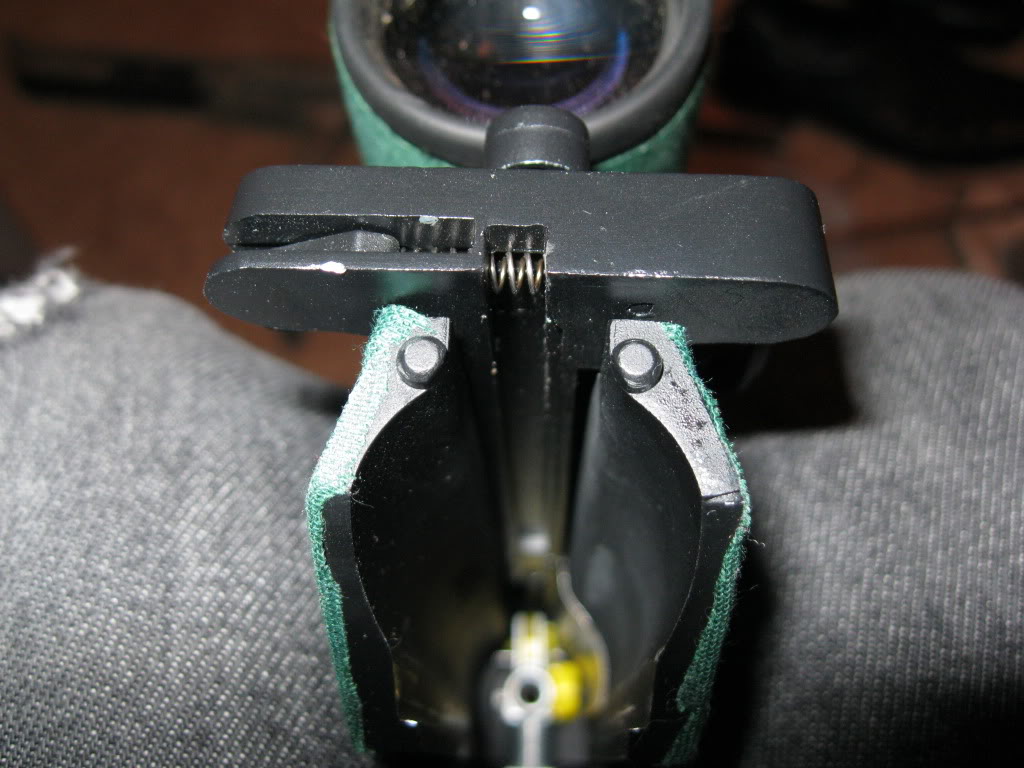 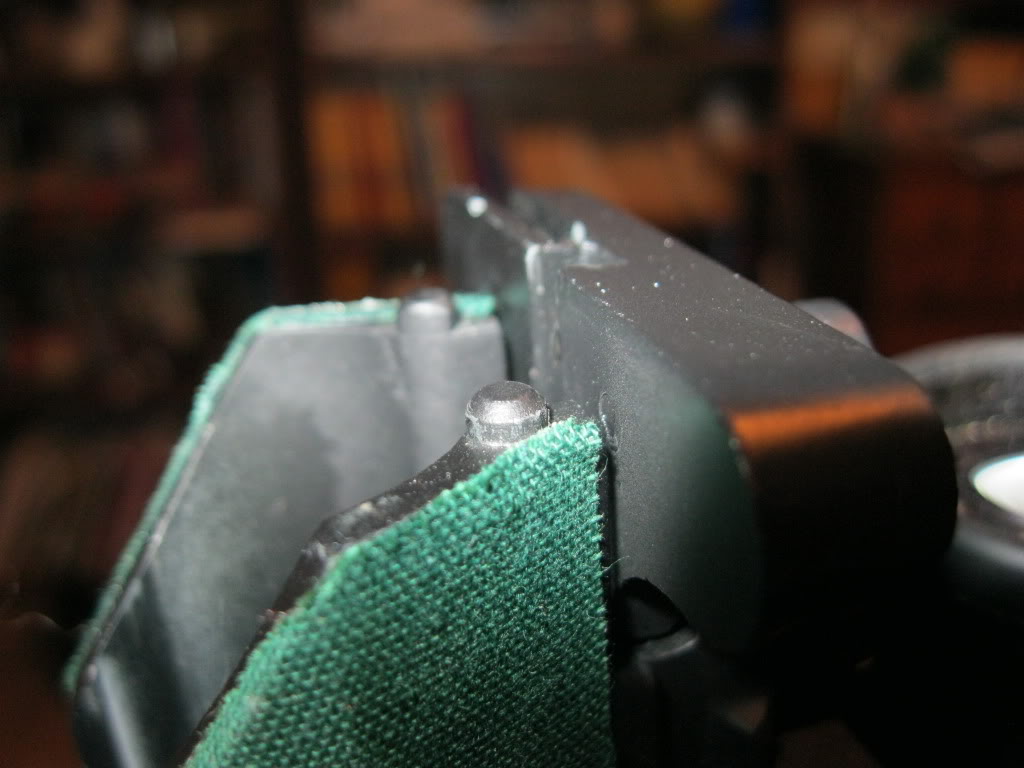 
Managed to remove the flash hider. A&K suppressor fits over everything, but does NOT properly latch onto the CA gas block. Not sure if this is a dimensional issue or a design issue, but either way, it seems a CA brand suppressor is necessary for a CA gun.

I came into possession of the body and gearbox from an Echo1 ER25K (SR25K) recently. Through this, I've learned something interesting: The Echo1 is a copy of NEITHER the CA or the A&K. The tabs on the body are completely different from both. Photos below: 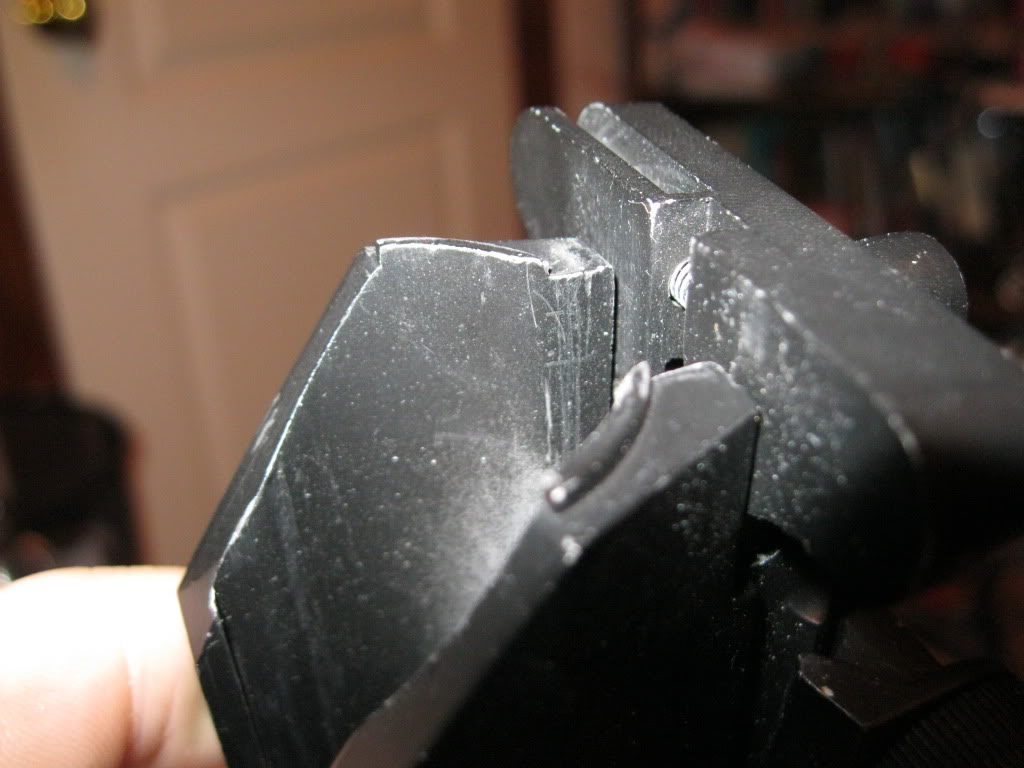 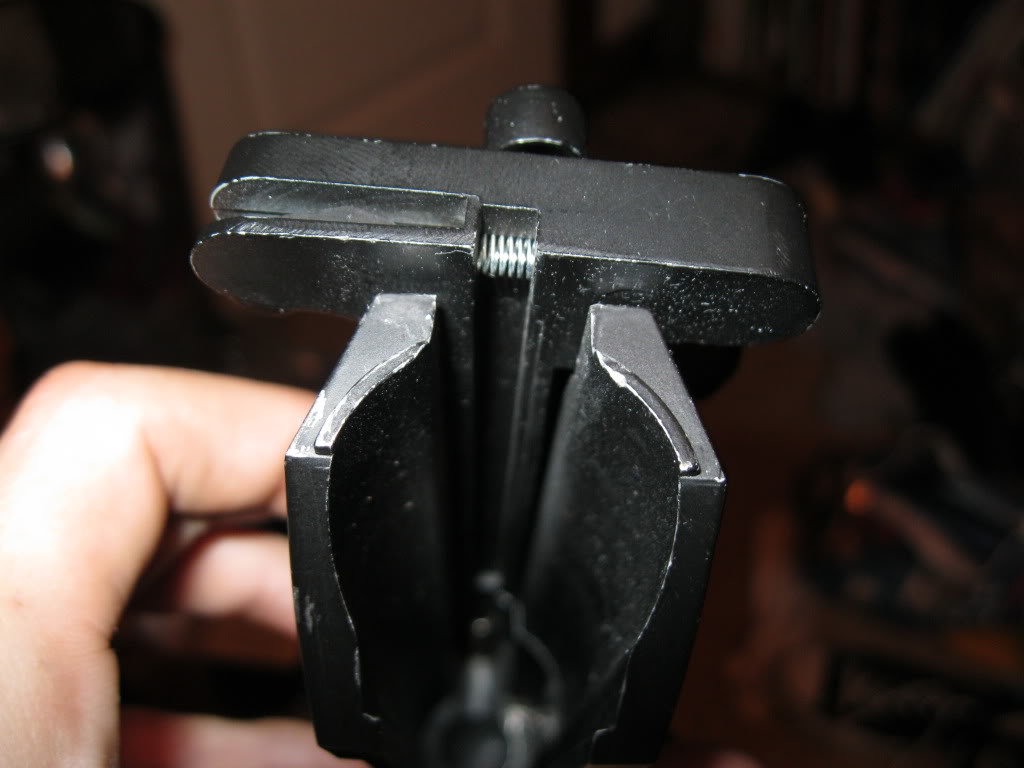 If you compare those photos to the ones I took of the CA and A&K ones, you'll see it's completely different. The lips around the edges are more reminiscent of M4 style uppers than SR-25 style uppers, at least in airsoft. I'm not sure if this makes the Echo1 a clone of the G&P, or the G&G, or what, but it's certainly interesting.


The CA SR-25 QD suppressor that comes with the full size CA SR-25 does NOT fit onto the gas block on the CA-SR25K URX model. I find this quite interesting...it nearly fits, but does not fully latch. It probably could with some dremel work, but then so should the A&K one. I just find it interesting that one CA offering is not compatible with the other. Curious...


G&P midcaps arrived today. They are NOT a drop-in fit to the CA SR-25K; resistance is encountered and requires force to remove. I believe filing will fix this. I cannot test with the A&K as it is currently in Red_Dog's possession, but I will test as soon as I am able. However, they DO slide in perfectly fine into the Echo1 body that I have. Granted that body does not currently have a hopup or magazine catch, but that shouldn't effect anything, especially since the magazine still slides in far enough that you can see the "slot" on the magazine through the window for the mag catch.

(Yes, there are a lot of little tidbits added in from after I did the original review)