The American Built Arms Hand Guard Series (www.abarms.com) offers an end user two variables. One is the MOD 1. The other is the LTF. Like alot of the newer polymer type hand guards, the price caught my eye. Both hand guards run about $40 per unit, plus shipping. 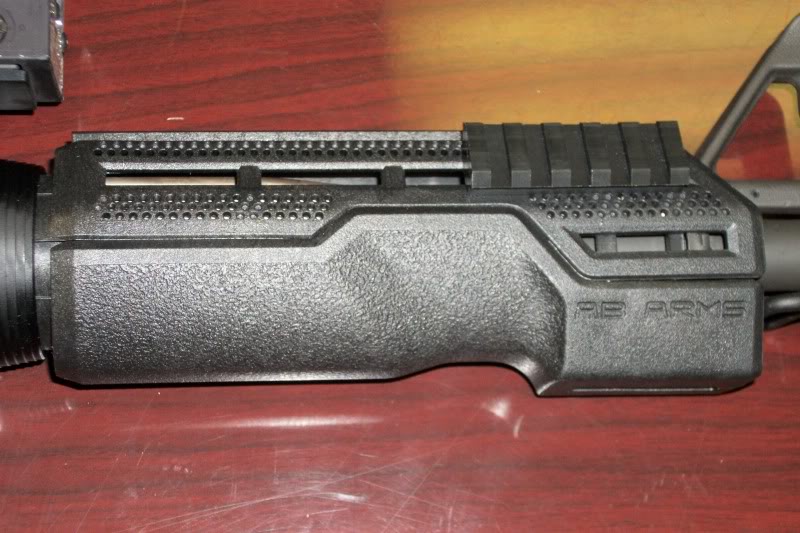 Retailer Experience -
I found the AB Arms hand guards while searching the web for some related fire arms items. I sent the company an email inquiring about their Training and Evaluation program for my Sheriff's Department. I have done this with several other companies, and in many cases, have never even received a reply. So I was pleasantly surprised when I found a return email barely 24 hours later. I was even more surprised to find the email was from Jason C, the company president!

He agreed to send me MOD 1 to T&E for the office. Again, I'd heard this song and dance before. So again, I was pleasantly surprised when the hand guard actually arrived a day or two later.

The hand guard came in a white box with the AB Arms logo sticker on it.

Inside I found not only the MOD 1 hand guard, but a 5 slot rail section to be installed on it. Here I should mention that I had not asked for a rail section, a thought which had slipped my mind. Jason had the forethought to include it. I installed the 5 slot rail at the 1 o'clock position for my white light source. The hand guard is made of a "Proprietary formula of heat stabilized nylon reinforced with high strength fibers." At first glance I could see the workmanship of the hand guard. The hand guard has a built in hand stop, giving it excellent ergonomics. The slight textureing of the bottom half is just enough to grip without being to course. ABArms is molded into the side, bottom front of the hand guard.

The hand guard has 11 slots to mount the polymer rail sections to. The rail sections are available in 3,5, and 7 slot variants. The one sent to me for evaluation was the 5 slot one. The MOD 1 has a molded in rail section on the top of the hand guard, while the LTF sports a smooth top. One issue that was obvious once the MOD 1 was installed was that the molded rail on the hand guard and the flat top upper receiver were not the same heigth. The MOD 1 was taller.
This was not an issue for me, nor for the department as we do not run anything that would be influenced by the difference. 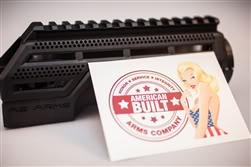 Range Day
Being as the hand guard was to be used for the department's patrol rifles, I took the rifle with the hand guard on it to the range. I spent a couple of hours sending rounds down range in full auto and rapid fire semi auto. Two things were apparent from the outset. One, this hand guard was extremely comfortable! I used several different hand positions, including the basic "sit in the hand", Israeli method, and of course the 3 gun competition type thumb break grip. All of the various grips used felt comfortable with the hand guard. I did have a slight issue with the MOD1 upper rail. Being of smaller hand width, I couldn't get as good of a grip on it as I'd have liked. Now we're talking literal milometers here, but it was worth noting. Also, I've become something of a minimalist as I've gotten older. I simply didn't need the rail on top.

And number 2, though it's not important to airsoft, neither I nor my range partner felt that the hand guard got hot at all during our trials.

I sent Jason an email after the testing was through. I was so impressed with the hand guard that I ordered the LTF version for every patrol rifle on my department, my personal rifle, and my range partners personal rifle. The departmental rifles had the standard round hand guards, while mine had a UTG quad rail, and my range partners rifle also had a quad rail. Changing out about a dozen rifles took around an hour to install the 5 slot rail sections, and replace the hand guards. 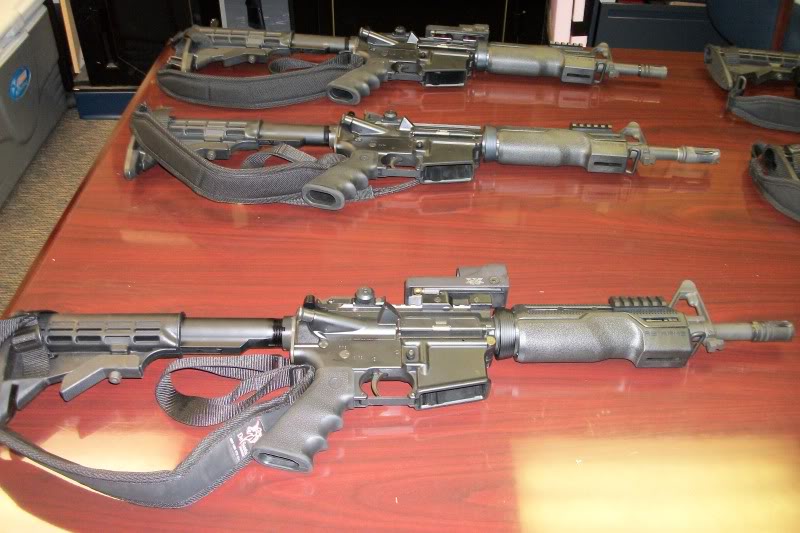 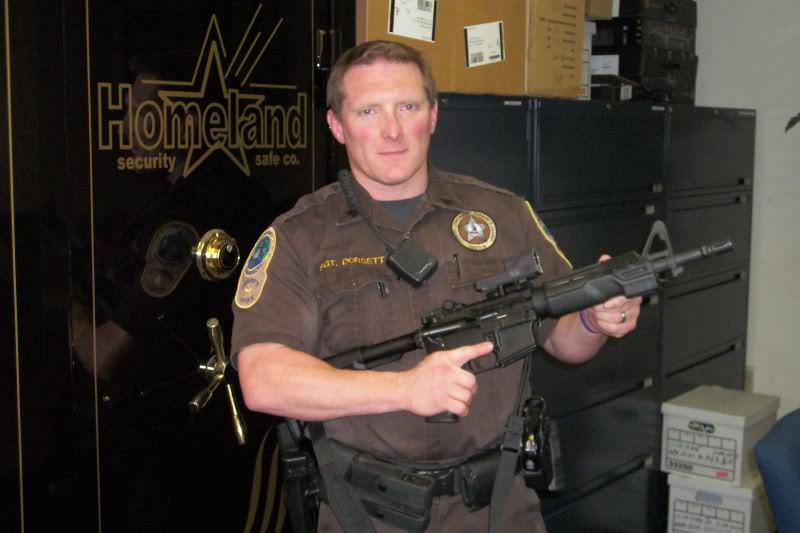 Game Day!
I recently installed the MOD1 hand guard on my departments Classic Army M4 CQB training replica. The MOD1 was a perfect fit, replacing the standard CA quad rail. I did remove the heat shields from it later, though it should be noted that it was initially installed with them in place with no problem. I attempted to fit an 8.4 and a 9.6v mini battery into the hand guard to no avail. The built in hand stop keeps them from fitting. As this replica is wired to the rear Crane stock, it didn't matter to me, but I wanted to test it out just see.


I was able to use the MOD1 installed replica at a recent game day. The MOD1 during movement and contact games was, as mentioned, very comfortable. I didn't notice any of the issues with my grip and the top rail this time. Whether that is due to my previous experience or to the fact that there is no recoil in my airsoft replica is an issue for further exploration. I tried several LiPo batteries in the hand guard to see if they would fit. I borrowed these from Tom, and I believe they were Hot Power make. The smallest one he had was a 7.4, and it did fit in fine. One issue I can see is trying to change the battery. Due to the fitment of the upper part of the hand guard to the lower part, the upper part has to be removed before the bottom piece can be taken off. That means that if you have to change the battery, you probably won't be doing it mid-field. You will have to take the entire hand guard off to change the battery.

I had sent Jason a message to relay my thoughts. He responded that they had already thought about the airsoft niche and would soon be producing an airsoft version. It was pretty much the hand guard with the heat shields removed, and about $10 cheaper! 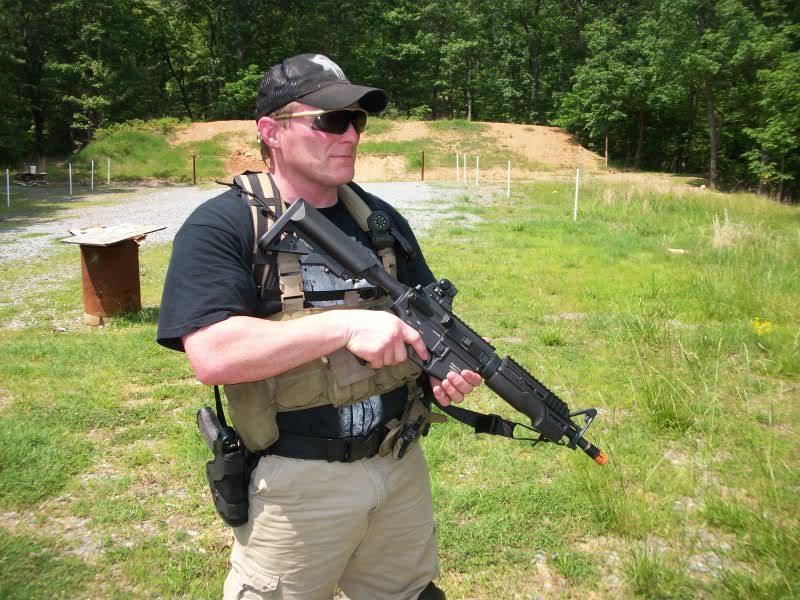 Final Thoughts
I think it's safe to say, I love this hand guard! It's comfortable, stylish, easy to install and use, can had necessary rails installed where the use needs them, and is price effective. Add to that the excellent customer service, and I'm sold! 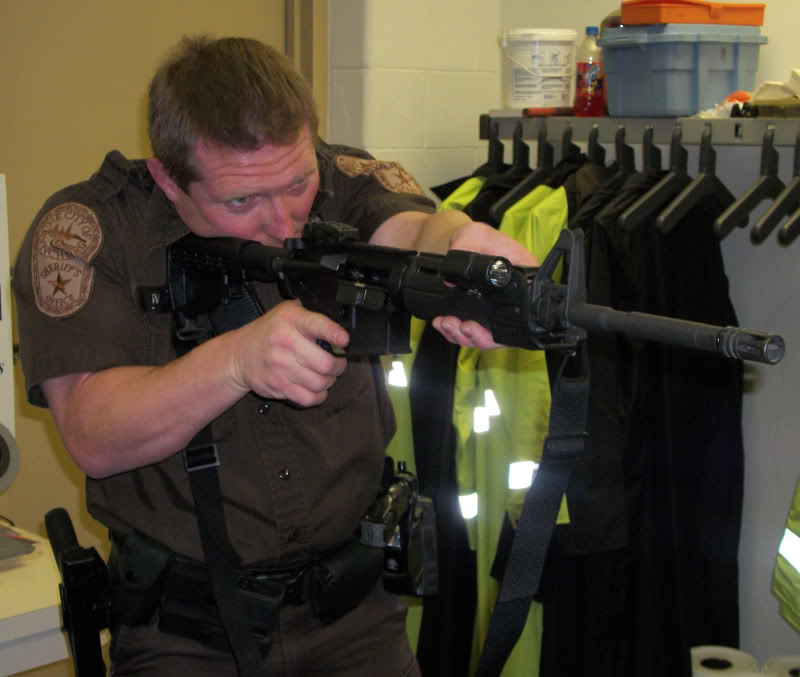 Nice write up, and definitely an interesting looking little accessory. From an aesthetic standpoint I never much cared for the default round grips on an M4, but these appear definitely a step up, and at a reasonable price too!

Saw these at the gunshow a few months back, good to know they work alright. I spent a few moments speaking to who I assume was the owner who was really friendly and informative. I dont know if this would interest you Will but he used to offer custom stipling on his foregrips for customers both doing it after purchase for a small fee or selling them prestipled for a slightly higher price, it might be something worth checking into.