First off, I know it's going be fun to play at Fulda, but I don't want it to be a game where everyone is running around like a headless chicken (Every game ever at ACQB without vets).
Few ideas so nothing flops like a penis there:
1. Was wondering if we could set up a fireteam/platoon structure and "practice" basic maneuvers. Also, set up a command structure.
2. Get some AT gunner practice. If were killing tanks, may as well do it efficiently.
3. Full loadout skirmishes. I will personally be doing this at games at least leading up to Fulda to get an idea of what to bring onto the field and what not to bring.

Now, these are just ideas and I don't know when there is time to fit this in especially with just games on the weekends.

I'm up for that. I would definitely like us to get familiar with not just our play style but our equipment as well. And as a tech, I would recommend getting Fulda setups running soon and then running them during practice so that we know our guns' limitations as well as troubleshoot any problems with the setups.

@Andrew, it is a good idea to get into the uniform you will be playing with and load carrying equipment too. I will be wearing Fulda Kit from here on out. I will also be bringing my phone...

Believe me, I'll be getting my intended Fulda kit together as soon as possible.

I'll be bringing 2 phones in case someone decides that they aren't bringing their phone to Fulda...(that's a joke, I don't have 2 phones...)

I know all our incredibly productive discussion on Fulda died with the last forum (I guess it's still there, but honestly, who's digging it up?) but I guess we decided that the whiteboard was the most effective form of communication? Maybe we should look into getting that together.

We tried what you are saying last year. It doesnt work. The pount is to stick together as best as possible, but there will always be a big dude with a microphone yelling at you to go somewhere and do something. Just go have fun and kill lots of nato dudes. The vets of fulda can all tell you that it isnt the gear you bring, its the mindset you are in for the game.

Yeah, by alll means, figure out what you want to bring on the field. Find the best way to set up your gear that you can run all day.

^Actually, this is valid. Things break down, it happens. The best we're going to do is stay informed of each others' whereabouts.

Also, another point: When it comes to gear our weekend skirmishes aren't really going to reveal the weak points. My gear didn't begin to be an issue until about hour 6 or 7. There are also things that aren't as easily predictable or even tested, like when my mag pouch on my belt flipped up in a slide and jabbed me in the ribs. I would suggest looking at what you plan on wearing and seeing what could go wrong in the event of a fall.

It's organized chaos....which we are pretty good at! When registering you pretty much chose your "fire team"...39th Guards. When given orders over Moses' megaphone it is simply "where is my 39th?!....I need them here now!!!" Of course as VTAC we all stayed pretty close together and relayed info as we saw it or when the situation changed.

Biggest thing IMO...figure out the most comfortable way to carry mags and plenty of them and expect to change them often.

Look at it this way: There is no way to train ourselves for this event. We cannot form platoons are squads or anything and work out being team players unless we have the time and effort put in to actually doing that. But most of the guys that will go to this event as a part of VTAC don't show often enough to the weekend games for there to be a tight, cohesive militaristic group of us going crazy and shredding the other team. We cannot use comms unless we run a CB radio subnet which already limits us, too. I am not trying to shut you down by any means. Its just, this isn't a just a set of games with down time every half hour to hour and this isn't ACQB. However, this is airsoft, and this sport will always have the little kiddies running around doing dumb shit. People won't always call their hits. Team kills do happen. People get separated. But we cannot spend all our efforts on being against everything that is a sport. We just have to go out there and have a fun time with the guys we are with. I spent a good while away from everyone in VTAC but I had a blast the entire event even without the squad cohesion.

So just get your gear straight and go have a blast. This event isn't mil sim. Its a large force on force engagement lasting about a day. Organization is only at the upper levels and doesn't matter so much at the lower levels. Sorry to say it, but we re basically always going to be in the shit. However, Moses turned us lose last year like hungry wolves and wee wrecked shit for nato and brought them to their knees.

Yea. We did a lot of talking last year about staying together and it really didnt work out that well. Personally I always seemed to run into someone I knew either at spawn or on the way back to the fight or at the fight itself once I got there. I mean really most of us are pretty dang loud and so whenever Moses said '39th go do this...' someone would inevitably yell 'VTAC on me!' and whoever was there would fall in and it worked out.

Worry about you. tactics are irrelevant when everyone isnt using them and since we cant be assured the other 470 people on our team will be using tactics its kinda useless to try and implement them beforehand anyway. Plus some smart famous dude said something along the lines of 'Plans only last till first contact with the enemy, then everything goes to shit.'

Dragoncaptin wrote: Plus some smart famous dude said something along the lines of 'Plans only last till first contact with the enemy, then everything goes to shit.'

You just attempted to quote Hooch from Black Hawk Down.

Once that first bullet goes past your head, politics and all that shit just goes right out the window.

i thought we were actually going to shake down people....i am dissappoint


on a more serious note, what they said is true. When shit hits the fan, plans do too. The only way you can possibly prepare is to get to know your teammates well, figure out how they react, know their body language and voice tone, and finally learn about kinesthetic awareness and practice using the knowledge of your teammates, environment, sound, and enemy psyche (believe it or not, most players tend to do the exact same thing) to know which way to best put your firing lane without having to look around and waste time gathering that information in the first place

I firmly believe in prior practice prevents poor performance, and that you should practice the way you perform (aka full gear, being overburdened is good for training, not practicing). nothing is stopping you from showing up in fulda gear every weekend until fulda...or after that for that matter. and I promise you the new field is 10x less forgiving than any spot at fulda gap.


one thing that is of the upmost importance is ultimately having fun. I'd honestly put everyone having lunch at spawn or hanging out at the cars between games higher on my memories list than all the badassery that ensued in battle. Enjoying what you're doing is key to performing well (atleast to your practiced potential), if what you're doing doesn't thrill you or excite you, you'll give atleast one fuck less than someone who does, and that could be the difference between who gets who first (one reason why psi-ops works so well~).

There are things I want to start doing as a team. Working on Hand signals, commo, some tactics, etc. We may have trouble keeping together but I dont want us to be willy nilly either. I want us to try and stay together as a unit, hence the whiteboard and commo use through phones, etc. I was thinking of investing in two cbs. One would stay with the unit. One would be back at the board. CB channels are not used at the event I don't believe. We can then have dead folks call for whereabouts. That way we stay together. If someone with the CB dies, they pass it to a living guy on the way out. CB handhelds are not too expensive so I will see what I can do.

I would suggest playing some "Chaos" games if you want "practice" for Fulda. These are the games where you all start out alone, anyone you shoot then ends up on your team (variation, you have to manage to go tag them first, etc). That way you're forced to learn to play on a team with everyone in different situations. Will help everyone learn everyone better.

or just start having lottery picks, school yard picks are fun, but after a while you realize that your always with the same people

like last year my usual pattern was usually on the same side as Probes, Bob, Beck, and xburg crew before they dropped off the map
and usually opposite Keith, Sean, Ben, Greg, Zach, Gavin

Even for regular gameplay, might have to also come up with randomized draws for teams instead of the captain picks, just so everyone gets to play with everyone and their styles.

You know...I DID find that "Tag" game where everyone starts out alone (or on a team of 2), and when you shoot someone they stop and become an available asset. Members from another team can come and grab them to join their fight. I know team identification would be tricky, but it forces people to stick together so that everyone can keep track of who is on what team. It'd really generate a lot of force on force action.

I think I'll start packing a deck of cards in my daily airsoft bag. It should help randomly generate teams, as well as be useful for objectives...maybe?

The 'Tag' gametype is a lot of fun. It encourages sticking close with your team and moving tactically, since generally nobody gets entranched and you end up with roving groups that either grow or shrink after engagements.

I've played it before where you walk over to the team that shot you if you're hit, then become active on their side. But I like the idea of just going down where you are and the first team to get to you claims you.

Should be a good semester, from what I've heard our new field will also encourage teamwork and should lend itself nicely to Fulda/other OP training without too much extra effort. 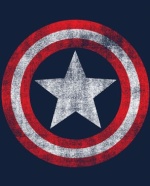